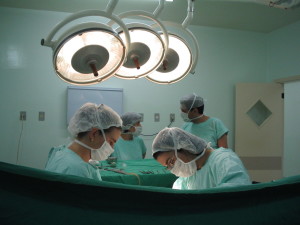 Matthew Porteus remembers the first time he treated a patient in a sickle-cell crisis. The young woman was experiencing a deep, intense ache in one of her limbs. The pain, caused by a blocked blood vessel, is common in people with a blood disorder called sickle-cell disease.

Meeting that patient inspired Porteus to go into haematology, and to work on sickle-cell disease. Now he and other researchers want to rewrite the story for such patients, starting at the very beginning. They hope to cure sickle-cell disease while patients are still children, by editing the haemoglobin genes in stem cells taken from the children’s blood-producing bone marrow, which can then be transplanted back. The idea is that a single, albeit complex, treatment could spare children with sickle-cell disease a lifetime of missed days of school and work, hospital visits and organ damage. “To effect a long-term cure, we have to fix the stem cells,” says Porteus, now a paediatric haematologist at Stanford University in California. Such a repair could potentially keep patients such as the one he encountered out of hospital.

To make the fix, researchers are turning to the gene-editing technique CRISPR. In the past year, several groups of researchers have altered haemoglobin-associated genes in haematopoietic stem cells — the precursors of all blood cells — from patients with sickle-cell disease, and a few groups have already transplanted the modified cells back into mice.

The lack of a cure for sickle-cell disease is especially frustrating for haematologists, because the condition is common and has been well understood for decades.

About 10% of people with sickle-cell disease are able to get a bone-marrow transplant from a healthy family member with a matching tissue type. However, the procedure is gruelling: patients must undergo chemotherapy to eliminate their own bone marrow before the transplant. But in children, it cures the disease about 90% of the time.

If doctors could edit a patient’s haemato-poietic stem cells — either to fix the β-globin mutation or to restart the production of fetal haemoglobin — and then use them to repopulate the bone marrow, there would be no need to find a compatible bone-marrow donor, and many more people might be cured.

“It’s time we really concentrate on fixing this disease,” says John Tisdale, a haematologist at the US National Heart, Lung, and Blood Institute in Bethesda, Maryland. “We have all the tools.”

Part of the challenge, says Porteus, is introducing the guide DNA into the cell. If it is delivered as a naked molecule, by zapping the cell with an electric field that temporarily opens the cell membrane, then it doesn’t last long. The cell senses it is being invaded and breaks down the ‘foreign’ DNA. To counter this, Porteus’ research group is taking inspiration from gene therapy: they use a virus to deliver the repair guide in the form of a circle of DNA called a plasmid.

In November 2016, the team successfully used the viral approach to edit haematopoietic stem cells from patients with sickle-cell disease in the lab. “We can get genes corrected in 40–70% of the cells,” says Porteus. But after those cells are transplanted into mice with suppressed immune systems, their numbers fall off: 10% of the human cells that were incorporated, or engrafted, into the bone marrow of the mice produce healthy haemoglobin3.

On the other side of the United States, two CRISPR-focused start-up companies are taking what they hope will be a less risky approach — interfering with genes that regulate fetal haemoglobin. CRISPR Therapeutics and Editas Medicine, both based in Cambridge, Massachusetts, hope to use gene editing to increase the production of fetal haemoglobin.

Unleashing fetal haemoglobin production is simpler than fixing the β-globin gene, because it doesn’t require homology-directed repair. After the gene-editing enzyme makes its cut, the researchers’ work is done. The cell’s DNA-repair machinery will take over, bringing the severed strand back together, and usually introducing errors that ensure the gene no longer works. This approach can be used to disrupt the function of repressors such as BCL11A, allowing edited cells to begin producing fetal haemoglobin.

Over the last 3 decades, several groups have worked toward achieving efficient and safe gene transfer to HSCs for SCD as well as other genetic disorders.14 In order for gene therapy for SCD to become a reality, 2 main objectives must be achieved: (1) safe and efficient gene transfer or correction of long-term repopulating HSCs and (2) high-level, appropriately regulated, stable gene expression. With current progress at the bench and in the clinic, these goals now appear within reach. The long path to the clinic for SCD gene therapies has been paved by landmark discoveries that have provided important insights into the developmental regulation of the β-globin gene cluster.

Why the caution? Children with SCD living in high-income countries no longer have a life-threatening disease, but rather a chronic disease with disease-associated, life-threatening events. Two large observational studies in children with SCD indicated 15-year–3 and 16-year4 Kaplan-Meier survival estimates of approximately 99 percent with and without hydroxyurea therapy, respectively. A third cohort study of children with SCD from a region in Paris, France, indicated that after introduction of the online guidelines, there was also an increase in the overall five-year survival from 98.3 percent to 99.2 percent.5 In terms of morbidity, the rate of stroke in a population of children with SCD can drop a log-fold at SCD centers screening with transcranial Doppler and subsequently treating those with abnormal values with regular blood transfusions for at least a year, then switching to therapy with hydroxyurea indefinitely. For children with SCD living in low- and middle-income countries, where approximately 90 percent of all children with SCD are born, gene therapy is not an option. In summary, gene therapy to treat children with SCD is currently restricted to those who: 1) have severe disease; 2) have failed blood transfusion or hydroxyurea therapy; 3) require treatment for comorbidities; 5) live in a high-income country; and 6) are not likely to die from the disease in childhood. Given the known short-and long-term toxicities of myeloablative doses of busulfan, the calculated trade-off of gene therapy is that the benefits will outweigh the unknown late potential adverse effects of busulfan in this population.

If you would like to know more on if you or your child/ren can benefit from all of these different cures for SCD, do speak to your medical doctor/consultant.

Enjoy my blog, subscribe to it, pass on and recommend to family and friends alike. Most importantly, do leave comments or get in touch, if you have a story to share, as it would be good to hear from you.