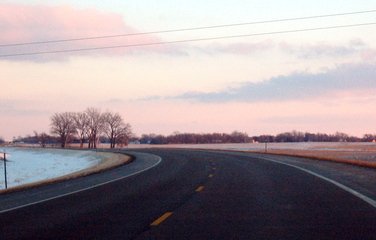 Recently, I went to a Sickle Cell user group meeting.  I had never been to one and so did not know what to expect; well it was well attended by SCD patients, their partners, mothers, (a few mothers on behalf of their child/ren); a variable mix.  There were about six medical staff (haemotology consultants, psychology doctor, critical nurse specialist, head of haemotology).  A good balance of them versus us.

Now the reason why I am writing about my experience is because of my interaction with other people there.  There was a lot of talk about: SCD and psychology; new drugs in their testing stages and therapies available, like Gene therapy and the most interesting one was about self-management.

Self-management is so important because Sickle Cell affects everyone differently; some have it bad and some don’t.  Some have it bad from birth and die early; some have it bad from their middle age; some have complications of SC that they have to live with for the rest of their lives and by that I mean being given blood transfusion regularly; some have had to have kidney transplant; some are given dialysis daily, some walk with a walking stick because of pains in the hips or knees etc… So if you are reading this, I am sure you know best what works and does not work for you; and how to look after yourself.

Back to my main topic for today, as I was listening to what was being said, in my heart, I was thanking God for my life.

At the end, I walked out to the bus-stop with a lady and she told me that she is a SCD patient.  She told me that she is from Ghana and wished she had another person with SCD that she could talk to, as sometimes, family members don’t understand SCD.  She said that when she was little and whenever she told her mother that she could not do something, her mother assumed that she was lazy and hence loved her sister more. Unfortunately, we could not continue our conversation because as we got to the bus-stop, her bus arrived and so we said goodbye.  Just before she got on the bus, we both acknowledged the part that our faith played in our lives and we both thanked God.  The thing is she might have wanted to have someone else with SC to talk to but if that person was hardly sick, they would not have been able to relate.

As I was standing out in the cold, it was windy that night, praying that my bus would arrive shortly, a woman that I had said ‘hello’ to earlier came and stood by my side.  She had told me me earlier that she was there on behalf of her daughter who is 21 years old.  I asked her where she was from, and she said Tanzania.

We got talking and she was telling me how her daughter nearly ‘died’ the previous month, when she had a bad crisis.  She then continued by saying that her daughter was constantly blaming her for her having SCD.  I smiled and I said, ‘ha the blame game’.  I told her I had also done the same with my mum, years ago, when I was much younger but not any more.

By this time, our bus had arrived and we boarded one after the other, she sat beside me and we continued talking.   The bus was passing buildings that I had worked in, at the BBC and so I was showing her the buildings and encouraging her that her daughter will do well with her university studies.  I told her that when I worked full-time, I studied part-time.  A lot of pressure but I did it.

She said, I should be giving talks and encouraging the younger generation who have SCD and think they cannot achieve anything.  I told her that after working for the BBC for 23 years, I went on to become a magistrate.  She was looking at me in disbelief.

She then asked about my family, I told her I did not have any immediate family in this country and all my immediate family members were in other continents.  She could not understand; how did I cope with the painful crisis?  How did I get myself into hospital?  Who looked after me at home before and after hospital admissions?  Lots of questions… she asked how old I was, when I came here.  I told her 21 years, the same age, that her daughter is now, who is finding it difficult to cope.  She was gob smacked.   She then proceeded to ask me how I had managed to cope all these years on my own?  Tough question and as I was contemplating how I coped, she volunteered the answer: she said ‘God’.  I responded that it was indeed God.

She asked me how old I am and I told her ‘I am in my fifties’; she could not believe it and was incredulous; she said ‘nooo’.  I said yes, I am in my fifties and she said that I totally did not look it.  By this time, the bus had reached my destination and I had to get off.

As I was walking away from the bus, I thought I needed to write this article and celebrate me.  I thank God for my life, difficult as it has been and until next time, do take good care.

Enjoy my blog, subscribe to it, pass on and recommend to family and friends alike. Most importantly, do leave comments or get in touch, if you have a story to share, as it would be good to hear from you.